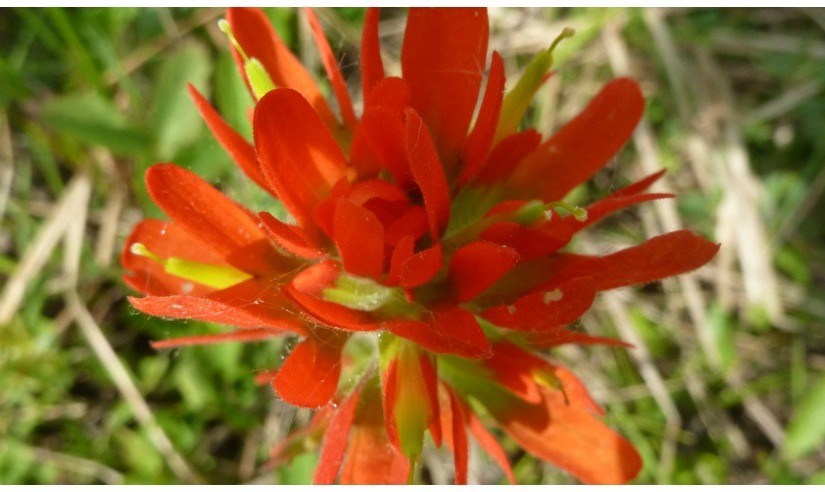 We call it CAPP, although more formally the landscape is now known as Carden Alvar Provincial Park. It’s a new park, it’s big and it’s unique.

Let’s start by dissecting the name. You may ask, ” “where is Carden?” or “What is an alvar”. Carden is a township in central Ontario, once part of Victoria County. You would need an old map to locate the township as it has been amalgamated within of the City of Kawartha Lakes, which was located about 30 minutes from Orillia. There is no town, no crossroads named Carden, just an old name brought back into the limelight.

And then we get to that funny word, alvar. An alvar is a habitat of thin or absent soil cover atop a limestone base. The alvar types may include cedar trees or juniper shrubs dominating a portion, or be an area of grasses and forbs, or just open, flat, lichen and moss encrusted rock.  These vast areas create prairie-like nest grounds, which is perfect habitat for several bird species.  In Ontario alvars may be found within the Carden Plain, on parts of Manitoulin Island, in the Almonte area, and in a few chunks of Napanee real estate. It’s a habitat type that is rare globally, making the Ontario alvars that much more significant.  Luckily portions of these areas across Ontario are protected as provincial nature reserves.

Pathway to a regulated provincial park

About twenty years ago, a few people who had already been visiting the Carden Plain for birding and botanizing became quite concerned about the continuing loss of alvar habitat, seeing shrinking grasslands as a part of the decline of many bird species. They did what some at the time said would be almost impossible… they took action. Fundraising followed sessions about awareness, and land acquisitions followed fundraising. Private citizens, individuals and organizations, and many non-government groups set out to buy the alvars, to protect them for all time.

But there came a hitch (actually, there were probably quite a few hitches)… who would actually own this property? Which organization had the long term assurance that they would still exist generations into the future? Tough call.

Two well established groups became the trustees for this venture, the Nature Conservancy of Canada (NCC) and the Ontario Ministry of Natural Resources and Forestry’s Ontario Parks Branch. Three parcels were acquired, the 2869 acre Cameron Ranch, the 1600 acre Windmill Ranch and the 104 acres Katherine McQuaig MacDonald property. All were attached to each other, and thus provided a continuous area of protected land.

The biological inventories are impressive, with 230 bird species (including several rare or endangered species), over 400 plants (with many restricted to alvar habitat), and 130 species of butterflies and dragonflies.

The NCC continued to purchase adjacent land, as did the Couchiching Conservancy land trust, adding hundreds of hectares to the protected lands within the Carden Plain. A few of the local landowners also requested that their properties have a conservation easement added to their deeds.

This land had to be managed, ecologically maintained, and monitored.  The stewardship role has been, for many years, the responsibility of the Couchiching Conservancy, they being the most local organization. Assisting was the Carden Field Naturalists’ Club, of which many members were also financial donors towards the original purchases.

And finally, in the spring of 2014, Ontario Parks formalized the regulation to create Carden Alvar Provincial Park.  This new park encompasses 1,917 hectares of primarily alvar habitat, which are now permanently protected.

Public use must be managed in order to protect the park

Some parks are for camping, some are for exploring and some are just there. Alvars are extremely sensitive habitat, despite their botanical hardiness.  So, what can you do in CAPP?

Public access is available via two hiking trails along the bordering fence lines.  There is parking and washroom facilities at the trail head.  If you choose to visit on your own, please stay on the marked trails.

Also, groups may continue to request guided events to the interior of CAPP through the Couchiching Conservancy.

The Conservancy also offers a couple of popular events:

The 10th Annual Carden Challenge (Friday May 22 at 6:00 pm to Saturday May 23 at 6:00 pm) is an important effort to raise money to support the stewardship of the Carden’s alvar and bird habitat by counting as many bird species as possible in a 24 hour period.  There is also a Critter Challenge where you can count other species!  This year celebrity birder Monte Hummel will participate.  He was former Executive Director and then President of the World Wildlife Fund Canada.

A second great way to experience the Carden Alvar Provincial Park is to visit during the Carden Alvar Nature Festival (June 6, 2015).  Now in its 9th year, it provides many opportunities to explore and learn about this globally rare ecosystem.  You’ll meet passionate experts who will introduce you to unique birds, butterflies and dragonflies, wildflowers, fossils and history. Participate in workshops, guided hikes, photography and boat tours!

This is a case of nature before people. To ecologically sustain the integrity of this habitat, we cannot love it to death. First, and foremost, will be the consideration of the well-being of the land and of the many endangered, threatened, rare and uncommon species which call this special place ‘home’.

The people of Ontario can be very proud of this newly regulated Provincial Park, knowing that this very, very ancient landscape will be conserved for a very, very long time into the future.