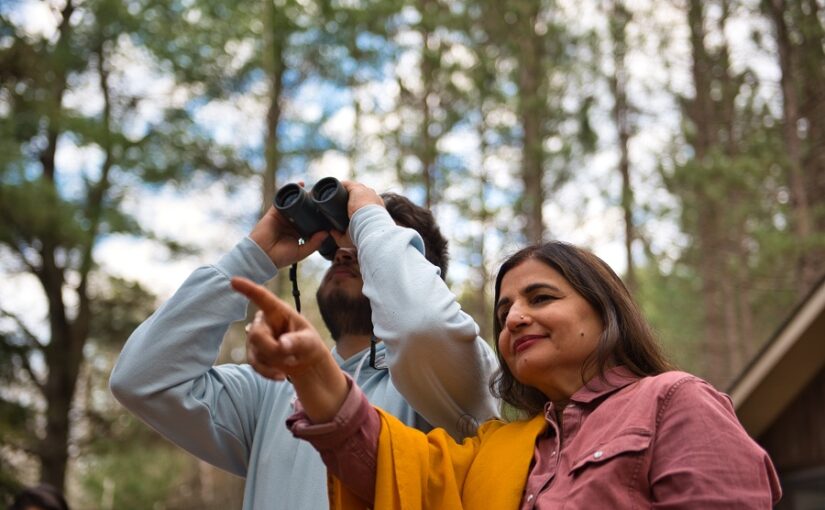 This year marks the beginning of an exciting five years for Ontario Parks (2021-2025)!

It’s a big job, so if you like birds and care about their conservation, we could use your help!

What is a Breeding Bird Atlas?

Breeding bird atlases are important initiatives across North America. They are province-sized surveys that collect an enormous amount of information about where each species of bird is found nesting and their overall abundance.

A big decline in a bird’s population or breeding range means that the species is encountering a problem. That problem could include habitat fragmentation, climate change, loss of food sources, or decline in nesting habitat.

These problems might also impact other species that are harder to survey than birds.

In this way, we’re using birds as ecological indicators: when a bird is doing well, its habitat is probably in good shape. If its numbers are falling, we should check to see what the problem is.

How have things changed over the years?

Comparing the results from this Atlas to previous surveys can give us important information about the health of our parks, and how well the broader Ontario landscape is providing habitat for birds and other species.

For example, when scientists compared the results of the second Atlas (conducted between 2001 and 2004) to the first Atlas (1981-1985) they found something concerning: many birds that catch insects in mid-air (known as aerial insectivores) had declined in number. These birds include swallows, swifts, Whip-poor-wills, and Eastern Kingbirds.

Further research into this decline showed that habitat loss, climate change, and pollution were all contributing to the problem. Why Atlas in a provincial park?

Parks have a special role to play in the Atlas. They protect examples of healthy forest, grassland, dune, and wetland habitats that can be compared to the rest of the landscape.

In many cases, parks protect much of the last remaining habitat for species at risk. We want our parks to be well surveyed so they can contribute as much information to our understanding of Ontario’s biodiversity as possible.

There are many ways to get involved.

If you’re already an experienced birder, you can volunteer to do specialized surveys, such as point counts and owl surveys.

If you are somewhat comfortable with identifying birds, but want to contribute more casually, you can submit bird sightings and any breeding evidence you see, either on the website or using the Nature Counts app. Even if you know very little about birds, the Ontario Breeding Bird Atlas is a five-year project, so there is plenty of time to learn! There are many resources on this very blog, and elsewhere online.

Tell your bird-loving friends about the Atlas, or introduce your kids to the birds close to home.

Find out more about the Atlas and register to participate on their website. Whatever your abilities or interests, we hope you’ll join us!