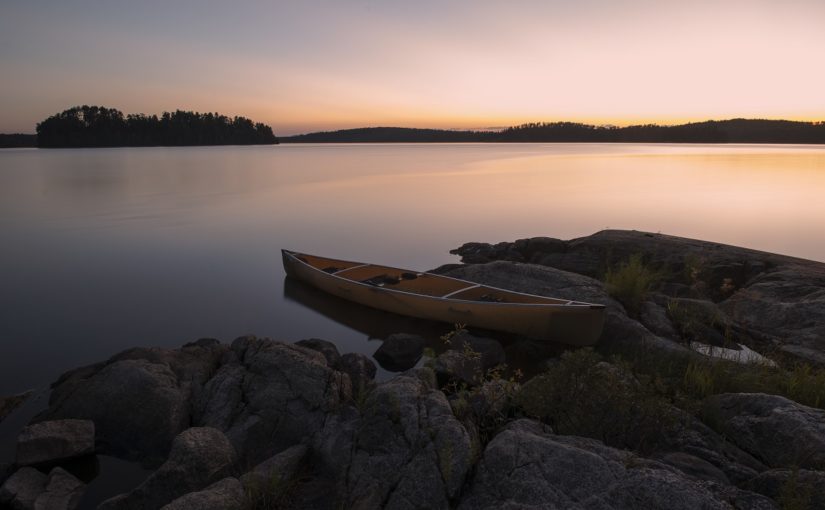 Today’s post was written by Kestrel Wraggett, a planning intern from our Northwest Zone.

Did you know that there’s a network of nationally recognized significant waterways all over Canada?

There are 42 Canadian Heritage Rivers within the country, 12 of which are located in Ontario. Two of these designated heritage rivers run through Northwestern Ontario and both are located within the boundaries of provincial parks.

Where are Canada’s Heritage Rivers?

The Canadian Heritage Rivers System is unique, as it operates as a multi-level government program working with community river stewardship groups. These groups voluntarily care for the rivers.

Ontario is connected by a huge network of lakes, rivers and waterways. With an abundance of water bodies located in northwestern Ontario, it is not surprising that Canadian Heritage Rivers System designations can be found here.

The Boundary Waters/Voyageur Waterway (BWVW) is one of two designated heritage rivers located in Ontario’s Northwest.

The BWVW’s combination of ecological and culturally significant features led to it being nominated as a part of the Canadian Heritage River System in 1986, only two years after the program was established. It was designated in 1996. The Boundary Waters/Voyageur Waterway is a system of lakes and rivers that run along the international border of Ontario, Canada and Minnesota, U.S.A.

The BWVW is the only heritage river in Ontario that flows through three provincial park boundaries, making it one of the most protected and preserved systems in the area.

Although the Canadian Heritage Rivers System designation ends at the international border, the waterway itself does not. The southern portion of these lakes and rivers are shared with Minnesota where there are protections along the U.S. border as well.

The cooperation, agreement and mutual protection between the countries in relation to this water system is a true testament to the significance and value of the region.

There have since been two international partnerships created that promote cross-border collaboration in the region around the BWVW. One of those partnerships is called the Heart of the Continent Partnership (HOCP).

The Sister Sites Arrangement is a partnership between protected areas on both sides of the Ontario-Minnesota border. Participants include: Quetico and LaVerendrye Provincial Parks in Ontario, and Superior National Forest, Grand Portage National Monument, Voyageurs National Park and Northeast Minnesota Department of Natural Resources in Minnesota.

The Sister Sites Arrangement promotes national and international support for the mutual benefit of these protected places, and enables the exchange of expertise, information, training and experiences between the signatories.

The BWVW and surrounding area is an amazing spot to visit and is internationally recognized as a recreational destination for all sorts of activities such as backcountry paddling, camping, fishing, and bird watching. Some lakes in LaVerendrye Provincial Park are also accessible for boating. The natural and cultural features have a high level of protection and the area provides a variety of recreational opportunities for everyone. If you are a backcountry canoeist, there are endless canoe routes through Quetico Provincial Park that provide the ultimate wilderness experience in solitude and pristine nature.

Pigeon River Provincial Park, accessed by Highways 61 and 593 near the Pigeon River International Border Crossing, is less than an hour’s drive from Thunder Bay. This day-use-only park offers a network of hiking trails, waterfall vistas and sculpted metal and wooden art benches depicting the area’s history for the road traveler or day tripper to enjoy.

The Boundary Waters/Voyageur Waterway is extremely rich in cultural and historical features. There is a strong Indigenous presence along the entire waterway on both the Canadian and U.S. side of the border. The Grand Portage Indian Reservation in Minnesota is along the eastern portion of the waterway, and the Lac La Croix First Nation in Ontario is located at the western extremity of the waterway.

The 10,000 years of human history along the waterway is evident through the 124 known cultural sites along the waterway on the Canadian side alone. These sites include pictographs and stone tool quarries, as well as historic campsites and portages that would have also been used by voyageurs, explorers and modern day canoeists.

If you’re looking for a unique experience, whether it is recreational, cultural or wilderness, the Boundary Waters/Voyageur Waterway and associated Ontario Parks have so much to offer you, your family and friends.

You can find out more information about the CHRS at: http://chrs.ca/about/