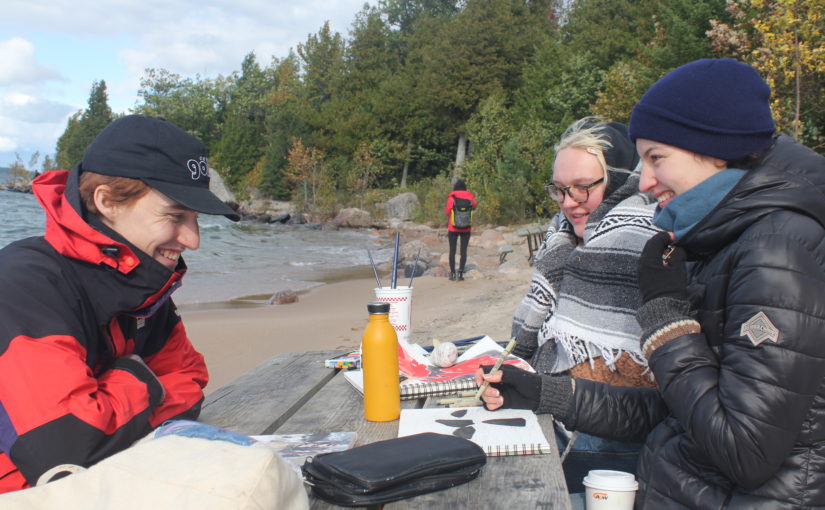 Finding artistic inspiration in Ontario Parks is nothing new.

Artists have been drawn to provincial parks from the very earliest years of the park system.

If anyone asks about the significance of Algonquin Provincial Park, it won’t take a minute of conversation before Tom Thomson is mentioned.

A quick Google search of the park will turn up paintings by Thomson and the Group of Seven sharing the same screen with an iconic Algonquin loon or moose.

Art and nature, particularly in Ontario Parks, are complementary mirrors — a reflection of intertwined beauty.

Canadian landscape painting was quickly turned on its ear by the Group of Seven’s radical interpretation of Algonquin’s colours, patterns and textures in the 1910s. Capturing the light — a new impression of painting — was born based on the rugged nature of the Canadian wilderness.

As founding Group of Seven member, A.Y. Jackson put it rather tongue and cheek, declaring Canadian landscape painting up to that time mimicked European traditions and was “all windmills and cows.”

Art in the park is a natural fit; it is a fundamental part of the Canadian identity. This complementary relationship was celebrated in the OP125 program Go Wild for Art this summer which saw a multitude of art-based programs run across select parks.

It has proven out at Awenda Provincial Park in a long-standing partnership with the Ontario College of Art and Design University, one of the most renowned art institutions in Canada.

This September was the ninth year students have made the pilgrimage to Awenda to paint and sketch (and photograph!) en plein air, like their artistic forebears.

Forty-seven students and two faculty journeyed to the park for a day trip, and were inspired by a varied fall day of scudding clouds and rugged Georgian Bay shoreline.

After a viewing at the park, students returned to the city to complete their work.

On November 19 to 24, their finished artwork will be on display at OCAD’s Ada Slaight Student Gallery.

If you’re in Toronto, venture over to the college, a stone’s throw from the Art Gallery of Ontario where some the Canadian Masters are enshrined.

Check out a new artistic vision of the Canadian landscape represented by a new generation of artists, their artwork inspired by the very shores that once played muse for Thomson and the Group of Seven.