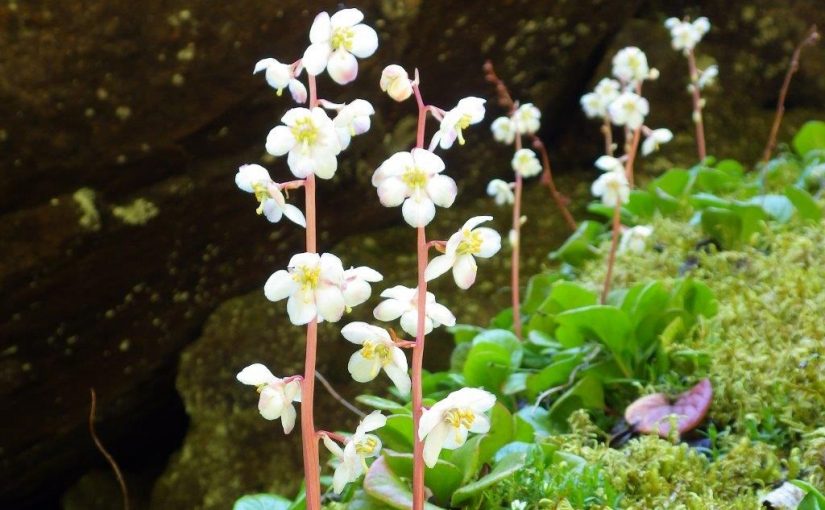 Did you know there are blooming beauties which are adapted for the arctic tundra or alpine environments? In short, they like it cold!

And we don’t need traverse tundra or climb mountains to see them. We just need to take a spring hike along Lake Superior’s shoreline.

We’re not in the arctic or in the mountains, so why are they here? Arctic-alpine disjunct plants persist along the shores of Lake Superior in microclimates created by the Big Lake. It is believed that these cold loving plants are relicts of the last glaciation.

Approximately 10,000 years ago, the Wisconsin Glacier covered most of Canada. When the glacial sheet formed, the plants normally found in northern regions were pushed south and grew along the ice sheet. As the ice sheets retreated, the arctic alpine plants followed.

In the colder regions where warmer species could not survive, the arctic plants remained. Approximately 100 species have been identified as arctic-alpine disjuncts in the Great Lakes region.

Superior’s rugged coastline creates many challenges for all forms of life. The cliffs and cold water temperatures of Lake Superior provide a chilly microhabitat for cold-loving species.

These specialized plants endure the cooler temperatures and nutrient-poor soils of rocky cracks and crevices along the shore. Arctic-alpine disjunct plants are often found growing in volcanic and other lime rich soils which are high in calcium. These soils are typically shallow and plant roots have direct contact with underlying rocks.

Arctic-alpine disjunct plants have a slow growth rate and a very short growing season. These plants are usually stunted in height as they must tolerate the cold wind and the fluctuating temperatures that Lake Superior brings. Staying low also gives the plants a better chance to use the snow as an insulator.

Arctic-alpines of the Lake Superior coastline Every spring, I make a few trips to the Lake Superior coastline to botanically feast my eyes. The flowering window is short but always well worth the effort!

If you have an opportunity to venture out to Lake Superior’s shoreline in May or early June, you are in prime arctic-alpine plant spotting season!

Grab a camera, put your plant goggles on and be prepared to spend some time hunched over on your hands and knees. You’ll have to look hard as these plants are inconspicuous and often overlooked.

These botanical gems are harbingers of spring, a testament of survival and a reminder of the true power of Lake Superior. This plant’s lobed petals meet at a distinct yellow ring in the centre.  This unassuming pink flowered plant stands to the length of your pinky finger.  It may remind you of a miniature ornamental primrose which are a common find at your local floral department as they are related. Don’t let the delicate purple flowers deceive you, this plant is carnivorous!  Butterworts supplement their nitrogen lacking diets with unsuspecting insects.  Look closely and you can see some of the plant’s leftovers on its leaves.  Its rosette sticky leaves attract insects and the moment they make contact, it is game over.  They soon realize they are stuck and as they struggle, the plant excretes additional enzymes which eventually suffocate and digest the nutrients from the insect. This plant is a relatively taller arctic plant which prefers north facing slopes.  If you look closely you’ll notice the white crust on the succulent-like leaf edges of this lime loving plant.  As the liquid evaporates, a lime rime is left behind on the tips which leads to this plant’s name.

Why are they important?

This means they help us measure the health of their ecosystem. In particular, their need for cold habitat helps us monitor the effects of climate change.

Arctic-alpine plants contribute to the richness / diversity of habitats found along the north shore of Lake Superior.

The plants can serve as a benchmark species for research initiatives as arctic-alpine species are usually found in specialized habitats.