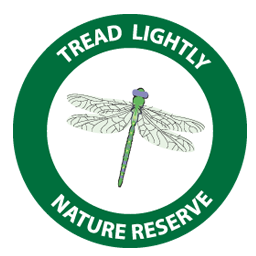 Native prairie, savanna, and an open woodland predominate in this small tract within the municipal boundaries of Windsor. The nature reserve is the largest protected remnant of native prairie in Ontario (it is thought that prairies once covered large sections of Ontario’s west and southwest.) Layers of sand, silt, clay and till—many of them laid down 10,000 years ago during the Wisconsinan Ice Age—cover the bedrock here to a depth of about 30 metres. This flat, sandy to silty plain is very wet in the spring and very dry by late summer making it ideal for prairie vegetation. The area includes tracts of untilled tall grass prairies, open woodlands called savanna and reclaimed agricultural lands. More than 500 flowering plants are found in and around the nature reserve. Important plant families include composites, grasses, figworts, mints and lilies. About 18 per cent of these plants are considered to be rare in Ontario. Like many of its plants, the nature reserve’s fauna also has southern and western affinities. Butler’s garter snake, bobwhite and yellow chat are three such species.

Park Facilities: Recognized in the 1970s as an important natural area, Ojibway Prairie was established as a nature reserve in co-operation with the Nature Conservancy of Canada, the Province of Ontario and the City of Windsor. The city operates a municipal park and visitor centre adjacent to the nature reserve. Trails, nature education and heritage appreciation activities take place during the summer months.

Location: In the City of Windsor at the junction of Titcombe and Matchette roads.